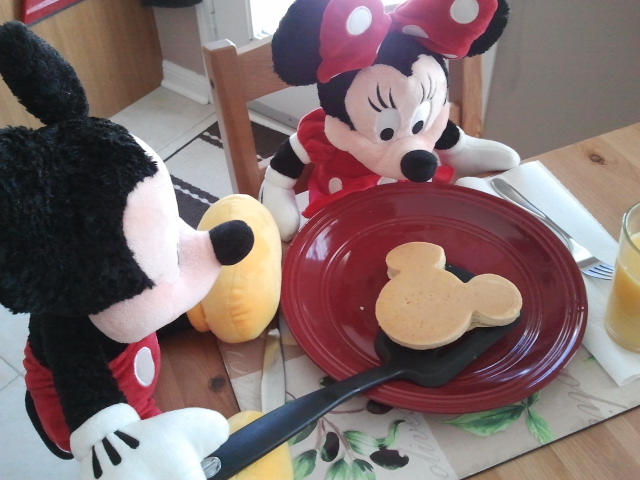 A week ago I celebrated my seventh anniversary of life as a married man.  Truthfully, if you’d approached me around the time George W. Bush was accepting his re-nomination for a second term and said that ten years hence I’d be happily settled with a wife and a teenage son, I’d have inquired, pointedly, as to the quality of the copious reams of narcotics you were obviously inhaling.  Yet here we are in 2014 with seven years of the formalized partnership at our backs and by all indications prospects for many decades more – in an age where divorce is increasingly common and societally accepted, tipping from “end of the world, what will the neighbors think” into “no big deal, plenty of fish out there.”

What makes a marriage work?  Hundreds of thousands of square miles of forest have been whacked to print books and articles by experts, both credentialed and self-proclaimed, identifying specific strategies by which every marriage should endeavor to function – in effect, taking the complex, evolving narrative that is the relationship of one human being to another and putting it in the more digestible language of business; boiling it down to key messages primed for PowerPoints and pie charts.  “Do these five things every day and your marriage will always be happy,” and the like.  Rather than rehash the bromides of Cosmo articles past, like “communication is the most important thing” or “make time for intimacy,” instead I’m going to share what I’ve observed these past seven annums, and you, dear reader, may take or leave as you will.  Nor will I dare to suggest that I get these right all the time, or try to hold myself up as exemplar of the ideal husband.  As always, they’re just my thoughts for your consideration, and maybe somewhere amid the flotsam and jetsam of our mutual experiences we’ll locate the truth of things.

1.  There is no such thing as a successful marriage.  Why?  Because “success” implies something you’ve finished.  The goal of a marriage should be like that of the U.S. Constitution:  forming a more perfect union – but – you need to know from moment one that you’ll never actually get to “perfect.”  And why would you want to?  There would be nothing left to do; nothing left to learn from one another, nothing left to share.  You’d be ready to move on to the next one.  Accepting that you’ll never achieve “success” is not an excuse to throw up your hands and stop trying, it’s a reminder to get up each day and keep working on it, keep thinking of ways you could improve your relationship, keep doing the little things that make yours a true partnership.  Marriage is not a destination where once arrived you can kick up your feet, crack open a brewski and watch the game.  It’s more like acquiring the world’s most awesome traveling companion for the road ahead, and she knows all the best places to see along the way.

2.  Write things down.  When you’re first with someone you document everything; souvenirs from every restaurant or movie or concert or stroll along the beach you experience together, chronological photo albums with the story of your courtship captured to the very minute.  The longer you go on, the more settled you become, you find it less necessary to take the camera when you pop out for a drink after work on a warm summer night, and she looks amazing, and you share a belly-aching laugh over something trivial, both little realizing that in a month, that precious slice of life will be lost in the background noise of daily drudgery.  You will come to regret not being able to remember so much of what reminds you how much you love her.  I know exactly where we went for dinner on our first anniversary:  TAO Nightclub in Las Vegas.  I ordered grilled ahi tuna.  But I’m pained to recall what we did for our second, third, fourth.  I know we didn’t sit around doing nothing, but because I didn’t write it down, I have no trigger with which to activate those memories.  There’s a balance to be found before you start needing terabyte-capacity external hard drives to store all your selfies, but even a few spare details jotted in an easily accessible notebook will be enough to activate your recall and let conversation provide the rest.

3.  Always get out of bed first on weekends.  It’s the smallest gesture, but it shows that you respect your partner’s time, are aware of what needs to be done around the marital residence and are taking initiative on getting to it instead of giving in to the temptation to be lazy.  We all love curling up underneath the covers as the sun pours in on a Saturday morning, especially after a long, cold work week, but getting up first is giving the gift of rest to another and proving that you’re taking charge of the day and not expecting to be waited on.  It’s simple math, really – an extra half hour of sleep or a happier spouse for the whole day?

4.  Don’t take the day for granted.  It is far too easy to get lulled into the repetition and sameness that can plague domestic married life.  Get up, go to work, come home, eat a dull dinner, pay bills, clean bathroom, watch a few hours of TV, go to bed.  Repeat ad nauseum.  And yet you should still pull yourself out of the complacency for a few moments each day and remind yourself of the fortune that has favored you with health, stability, security, and an irreplaceable partner.  Because on the morrow something may happen that will upend everything and you’ll find yourself longing for the predictability of routine.  Even a boring day is a day that you are alive and safe and free to choose.  And it’s one more day spent in the company of the greatest person you’ve ever met.  Not bad at all, really.

5.  You don’t have to have the same taste.  When my wife and I are having trouble figuring out a movie to watch, I find myself envying those couples who have found each other through a shared love of geek culture, particular sports franchises, Mesopotamian basket weaving, what have you.  There are times, in fact, when it seems like we have very little, if anything, in terms of common interests.  But in many ways it’s been a blessing, as it’s given us the chance to discover the other’s passions, and find commonality we might not otherwise have noticed had we just stuck with the same interests we brought to the relationship.  I spoke a bit back in my A-to-Z series about how meeting my wife deepened a love of jazz and the Great American Songbook – would I have had this were she just a Beatles and U2 fan like myself?  Though on much of the cultural zeitgeist we still do not agree (after nine years together she remains unconvinced of the merits of the Lord of the Rings franchise and spectacularly indifferent toward James Bond) our connection remains solid and strong.  Common interests answer the question of what to do on a Saturday night, but they’ll never be the foundation of a lifelong relationship.  A genuine caring and admiration for each other is what’s needed.

6.  Spontaneous musical numbers are always in fashion.  We aren’t the first to joke that the world would be a much happier place if people on the street and in the malls would break out in impromptu singing and dancing more often.  Short of the arrival of that demon from that Buffy the Vampire Slayer episode a few years back, I’m afraid it’s left to us to bring the Sondheim, and most folks would rather guest lecture on macroeconomic theory at Yale in their birthday suits instead.  It’s truly a shame that this potent arrow in the human mirthmaking quiver doesn’t get strung and loosed more often, as few moments of melancholy can’t be improved by even an off-key rendition of the perfect chorus.  Whether it’s in the proscenium of the kitchen as the pasta boils or the grander scale of the shadow of the Eiffel Tower, pull your sweetie in for a rumba or a cha-cha whenever you get the chance.  And if you can throw in a few half-recalled verses of a Tony-award winner or even Weird Al’s latest – onwards, musical soldier.

7.  Never underestimate your spouse’s ability to surprise you.  As I mentioned earlier, routine and complacency are two of the greatest adversaries of marriage, inasmuch as they dampen the spark that is needed to maintain a human being’s interest in anything over a long period of time.  But if you’re with the right person, those nemeses won’t even get to step onto the field.  There have been many moments when I’ve found my spirit beaten down by the unfairness of things, by reversals of fortune and bleak prospects for progressive change (both in my own life and in the world at large), and my wife will go and do something utterly unexpected, reminding me of the innate wonder and capacity for good that lies at the heart of humanity.  It doesn’t even have to be anything particularly grandiose – it can be as little as a smile found amidst heartbreak.  There is one moment in particular that I will share.  One cold January night I found myself, after a brutal phone call, jobless, rudderless and not sure how to get through the next hour, let alone commence the next phase of my life.  My wife offered some words of comfort, but I wasn’t in the mood to have it, brushing her aside with a half-hearted “yeah.”  I stepped outside for a few minutes to take the trash to the curb.  When I turned back to our front door, she was standing in our foyer looking out at me.

She was wearing the ears with the red and white bow, waving with the oversized white gloves and doing a better than average impression of Minnie’s giggle.  I don’t know how she’d managed to gather those up and don them so quickly, but in an instant the storm within me broke, I laughed, and I knew that things would be okay, because she was with me.  It’s a gift I’ve never forgotten; a memory that I can dig out of the box and hold whenever I need it.  And tomorrow she’ll come up with something even more spectacular.  It’s who she is.  An inexhaustible reservoir of strength, kindness and generosity, with a heart as big as the moon, a singing voice to shatter the stoniest facade, and a positively contagious laugh that makes the corners of my mouth inch up even to think about it in passing.

There you have it, for whatever it’s worth.  Nothing earth-shattering or life-changing, just a few simple truths that help me find my way on the long road.  Above all else, seven years of marriage have taught me to be excited about what I’ll learn over the next seventy years, and to be grateful for the journey I chose to take and for the amazing woman who agreed to come with me.

13 thoughts on “Seven things learned from seven years of marriage”