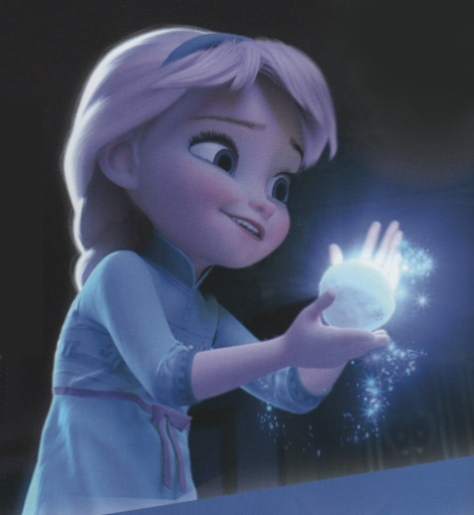 This is going to be one of those posts predicated on an entirely inexperienced and likely uninformed premise, so feel free to take it or leave it as you choose.  But I’m just gonna throw it out there and see what you guys think.  And that premise is:  there is far too much explaining going on in fiction, especially as regards characters with supernatural abilities.  I skim through people on Twitter glorifying “highly developed, intricate magic systems” in fantasy novels, and have seen, distressingly, a great number of others complain that Elsa’s powers were never explained in Frozen.  I guess the seven-year-old in me is wondering where the magic in magic has gone.  Why does every paranormal situation in fiction have to be scienced up with midichlorians?  What happened to taking magic on faith?

Magic and other supernatural abilities should never be the raison d’etre of a story; they should be an angle by which a dramatic human conflict is examined.  When authors and screenwriters get bogged down in the “why” of magic, the human element is lost.  Stan Lee gave an interview around the time the first X-Men movie came out where he explained the genesis of those characters thus:  having exhausted the idea of superpowers acquired through gamma ray bursts, radioactive spider bites and the like, labeling the new characters “mutants” eliminated the need to craft complex origins for each of the hundreds heroes and villains who would populate his fictional world.  He could just get on with the story.  Likewise, though crippled by a low budget forced upon it by a nervous studio unconvinced of the potential of comic book movies at the time, the first X-Men is by and large better than the dozens of other adaptations that followed simply because it doesn’t waste an hour telling you where everybody came from and how they got their powers.  They’re mutants, they can do things humans can’t, let’s go already.

In the first Star Wars, the entirety of the Force is explained in one line:  “It’s an energy field created by all living things; it surrounds us and penetrates us, it binds the galaxy together.”  We didn’t need Obi-Wan going into ten pages of dialogue about the different castes of Force-wielders, the innumerable versions of the specific powers and how Jedi Trance Remix can only be used on Hoth in a Wampa cave by an 18th-level adept wearing green trousers on alternate Thursdays.  If you look at the original drafts of Star Wars, George Lucas had included that extraneous crap, but he wisely cut it to improve the story’s pace.  (As we know to our eternal lament, he put it all back in for the prequels.)  In Frozen, Elsa’s magic also gets one line of explanation, and it’s delivered in a moment of urgency at the beginning of the movie.  (If you missed it, the head troll asks her parents, “born with, or cursed?”  They answer, “born with.”)  What more did the story need?  Nothing – because the story was never about Elsa’s powers.  They were only a catalyst for a human conflict.  The story was about the bond between the sisters, and that’s why it resonated so deeply with audiences everywhere.  Emotions are the key, not technical papers about the chemical processes that make fireworks sparkle and go boom.

The obvious, worst case scenario for the inevitable Frozen 2/Frozen Again/Refrozen is that the writers decide to explain Elsa, by revealing that she was actually rescued/adopted from a family of ice sorcerers/arctic spirits/frost giants/magic penguins who return to claim her, and force her to choose between her birth family and “adopted sister” Anna.  (Wanna take bets as to whether this is the direction they go in?  It’s not one I offer with enthusiasm.)  And once you start explaining, you can’t stop.  The narrative becomes less a story and more a Wikipedia, where each hyperlinked word leads to another page of definitions and explanations.  That’s what wrecked the latter incarnations of the Star Trek series, where crises could be solved over and over with plodding explanations of made-up technology – reconfigured electroplasma conduit taps emitting verteon particles through phased quantum inducers and so on.

Apart from George R.R. Martin’s A Song of Ice and Fire series, the latest of which I struggled to get through, I haven’t read any fantasy novels in a long time, mainly because I grew tired of wading through elaborately constructed and meticulously explained worlds in which nothing interesting ever happened.  (I am open to recommendations, author friends, especially if it’s your book.)  I understand that world-building can be a consuming exercise, but constructors should remain mindful that the world will only be as compelling as the characters within it.  It’s a bit like visiting a foreign country – you don’t conduct a thorough review of its civil and criminal code before sprinting out of your hotel room to hit the sights.  Tell us just enough so that we don’t get lost, and not a solitary syllable more.  Let us discover the world on our own, hand in hand with the locals.

When a mystery is explained, it loses its ability to compel our interest.  Remember how an X-Wing flying through the Death Star trench looked so much cooler before you knew it was a small model filmed and optically composited against a background plate of another small model, and another layer of black velvet curtain with sequins representing the stars?  So too is the wonder of magic diminished when we’re told it’s caused by a specific ancient Petrifying Spell developed by the archwizard Grumblethorn during the seventh Marcovian Age, requiring equal portions of Skirbian tree lizard earwax and Boltan’s Smoogrifying Powder, gathered beneath a two-thirds waning crescent moon.  I know some readers glom on to that level of detail; I find it tedious.  When I’m describing the use of magic in my book, I try to picture it cinematically, as if I was sitting in a theater watching it unfold before me, and imagining the awe I would experience in that moment.  What difference does it make how it happens?  It’s enough that it does, and that it can be both beautiful and terrifying.  And as always, the emotional impact of the spell on both the user and the witness (and/or victim, as befits the scene) is what’s more dramatically interesting – both to write, and to read.

That’s my take, anyway.  Could be completely off base in terms of what’s grabbing people’s interest these days.  Your thoughts?