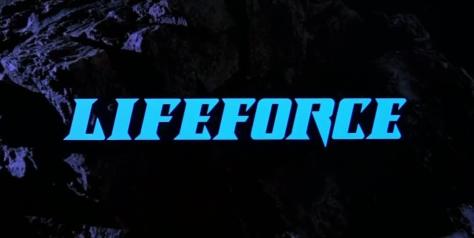 No one ever sets out to make a terrible movie.  Ed Wood at his creative peak (or nadir) thought he was doing good work.  It’s hard to believe with what gets released nowadays, films so mind-numbingly awful that you can feel parts of your brain oozing out your ear as vapid dialogue, inept performances and ludicrous stories flicker across the screen in front of you.  But even the worst of the worst feature hundreds of hard-working performers and technicians doing their damnedest to create something memorable, even if their efforts are undermined by bad decisions at the top, or doomed from the start by a flawed story that should have long ago been dissolved in the electronic ether of the Windows Recycle Bin.  Remember, if you hated the Twilight movies, it wasn’t because the key grip or best boy didn’t try hard enough.

Still, there are those in the pantheon of cinema dreck that stand apart because the scale of their absurdity defies comprehension.  You can’t quite dismiss them out of hand.  It almost becomes a question of thinking, “surely they can’t out-weird this” when inevitably, that next moment raises the bar of the bizarre.  Lifeforce (1985), directed by Poltergeist’s Tobe Hooper, is one of those movies.  It is literally a smorgasbord, with not only the kitchen sink, but the refrigerator, the dishwasher and the Easy-Bake oven thrown together and mashed up in the garburator to concoct a diabolical stew that challenges the most experienced reviewers to describe it.  The plot in a bulging nutshell:  A space mission to Halley’s Comet brings back three aliens in suspended animation who wake up and begin sucking the life force out of every person they can find, transforming the population ofLondon into zombies.  The only survivor of the space mission teams up with a jaded SAS colonel to try to find and stop the alien leader, a beautiful woman who spends the majority of the movie wandering around nude.  One could stop there, but as infomercials like to say, “But wait!  There’s more!”

With one major exception, the acting is actually not that bad.  The cast is mostly Brits, who play the material with their trademark understatement, lending the subject matter a smattering of respectability.  Peter Firth, best known for his role on the BBC series MI-5, or as the stuffed-shirt political officer Sean Connery kills in the first ten minutes of The Hunt for Red October, leads the heroes as SAS Colonel Caine, and his wisecracking unflappability even when confronted with soul-draining vampire extra-terrestrials gives the role an unexpected gravitas.  The same goes for Frank Finlay, who plays a scientist obsessed with the idea of life after death and who is saddled with most of the expository dialogue.  The same cannot be said, however, of American actor Steve Railsback as Colonel Tom Carlsen, the man who discovers the vampires in space and becomes obsessed with their shapely leader.  Railsback’s casting smacks of the “well, we can’t get our first twenty-seven choices, who else is left?” approach.  “Oh yeah, the guy who played Charles Manson – he just personifies the spirit of space explorers.”  Railsback chomps on the scenery from moment one, looking like he’s two seconds from snapping and trying to bring on Helter Skelter.  Although in fairness, Olivier in his prime probably couldn’t do much with lines like “I’m going to have to force her to tell me!  Despite appearances, this woman is a masochist!”  Patrick Stewart – yes, that Patrick Stewart – has his first-ever screen kiss with Railsback while his character is possessed by the space girl.  The space girl herself, the embodiment – literally – of evil in this movie, is played by French actress Mathilda May.  Her performance leaves nothing to the imagination.  It’s all there to experience in glistening glory as she wanders around in her birthday suit, silently consuming souls and blowing up buildings.  She is stunningly, seductively beautiful and yet otherworldly, making her a perfect alien and creating an indelible impression – one that may have assisted a lot of boys as they struggled with puberty, but didn’t necessarily assist her acting career.  John Larroquette of Night Court fame appears in the first minute, uncredited, as the narrator setting the stage for the lunacy.  And Mick Jagger’s brother Chris plays one of the space girl’s partners-in-life-sucking-crime, investing some unintentional double-entendre in the latter-day phrase “Moves like Jagger.”

For 1985, the special effects are serviceable, if not Star Wars.  The makeup effects for the zombies are pretty cool, but Halley’s Comet looks like banana pudding smeared across the sky.  The musical score, on the other hand, is better than the movie deserves – somehow Henry Mancini, of Charade, The Pink Panther and Breakfast at Tiffany’s “Moon River” renown, was coerced into providing his services to this weirded-out apocalyptic extravaganza and creates a driving, memorable main theme.  I’d mention the screenwriters, but whoever typed the line “The web of destiny carries your blood and soul back to the genesis of my lifeform” probably prefers to remain anonymous.  There is, truly, a lot of real talent at work here, and they were obviously trying hard, but the resulting flame-out is utterly spectacular, like the grandest NASCAR crashes.  That’s the thing – perhaps after this preamble you’ll be tempted to check Lifeforce out.  Be warned – this review shouldn’t be taken as a recommendation, more like a war story from someone who survived it by the skin of his teeth.  Lifeforce, like its villains, tends to infect those who come into contact with it with a strange fascination that is neither love nor loathing, but rather a continuing obsession with trying to process what the hell it is we’ve seen – searching vainly for logic where none is to be found.  So my final word on Lifeforce is this – abandon all hope, ye who enter here.  You won’t be able to take your eyes off it, but that doesn’t mean you shouldn’t.

With the recent political swing to the right in Toronto, first with Rob Ford, then with the Conservative GTA wins in the federal election, you’d think there wouldn’t be much of an appetite for Bill Maher’s brand of comedy in Hogtown.  But a packed Massey Hall couldn’t get enough of him last Saturday night.  For 90 minutes the master of taking the piss out of the American right-wing was slicing and dicing the likes of Rick Perry, Michele Bachmann, Sarah Palin and Rick Santorum, to a crowd that thankfully doesn’t have to face the prospect of a ballot with any of those names on it, but was still informed enough to understand just how deserving of mockery those targets are.  (Curious how Rick Mercer might have done with a set on Stephen Harper and Rob Ford in Texas – I’m guessing crickets, and that’s nothing against Mercer.)  To any regular viewer of HBO’s Real Time, some of the wisecracks were familiar.  But Maher delivers them with such verve you can laugh at them again and feel like it’s the first time.  It’s all still hilarious, and ever so true.

Those of a certain political inclination inclined to dismiss Bill Maher as a “loony leftie” miss the point.  His politics, and by extension his comedy, isn’t about left and right, it’s about intelligent and stupid.  Maher is, like Aaron Sorkin in many ways, if not an idealist, then at least someone who prefers to be led by smart and curious people and has no patience for the kind of false populism that celebrates the mediocre and the small-minded.  Religion is a particular bugbear for him – among the best jokes of the night was a bit about how the West has learned to ignore its religious leaders (in contrast to fundamentalist regimes abroad) and a prediction that the Pope will one day be nothing more than a  float robotically blessing the onlookers in the Macy’s Thanksgiving parade.  For Maher, looking to the imaginary guy in the sky for answers is the refuge of the foolish, and he saves his most bitter disdain for scheming politicians like Rick Perry who prey on that naivete to win votes.  I don’t suspect Bill Maher would have as much of a problem with the likes of Perry and Bachmann if they didn’t parade their faith around like a political prop.  It’s when faith is used in lieu of reasoned arguments that gets Maher’s hackles up.  These aren’t the William F. Buckleys of decades past laying out their case in thought-out paragraphs spiced with Latin.  Today it’s Southern-accented fire and brimstone and the all-consuming, earth-ending threat of gay marriage.

The conservative comedian Dennis Miller, for all his verbal calisthenics and classical references, these days comes off only as sad and angry – not in the rebellious sense, but more in the mold of that kid at the party who was only invited because his mom pulled some strings.  Miller’s repertoire has become a tired litany of ramblings about Joe Biden’s hair and Nancy Pelosi’s makeup – he’s mainly upset because his team didn’t win.  Bill Maher, on the other hand, remains fresh and inspired because he doesn’t really care which team wins – he just wants both teams to be better.  His targets are anyone he sees to be dragging the whole cause down:  a refrain repeated often during the show, with a hand covering his face was “I’m embarrassed for my country.”  He isn’t afraid to take shots at President Obama either, bemoaning what he sees as a pattern of capitulation to the Tea Party extremists in Congress who are determined to see him fail.  But what bothers Maher most is what he sees as America’s hypocrisy-fueled descent into idiocracy; an electorate swayed by celebrity into voting against their own interests time and again, and a political movement that claims to be for the common man but is in fact backed by billionaires and underpinned with a very real, very ugly swath of racism.  The fact that he’s out there making jokes about it, even to a foreign audience, suggests that he thinks there is still hope – if the good people can find their feet and their guts and start taking the power back.

You might miss that message amidst all the laughs, and the occasional side ventures into the never-ending mine of the perplexity that is male-female relations.  But Bill Maher knows that the best way to serve up wisdom is with a smile.  You come out of his show with your sides hurting and your mind thinking.  Maybe the way we beat these guys is to make them ridiculous.  It’s certainly a lot more fun than hate.