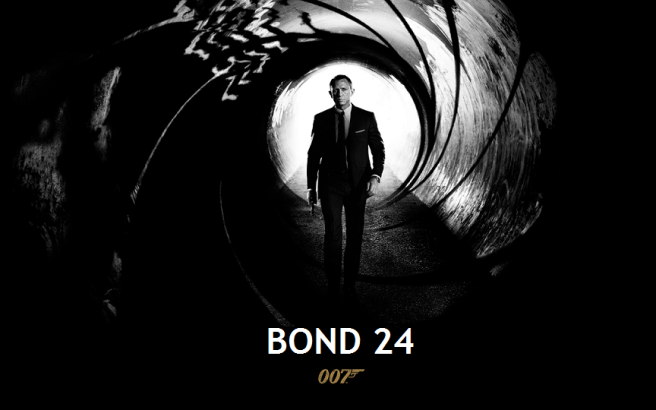 So, this piece of news hit the Interwebs yesterday:  Bond 24, officially announced, to be directed again by Sam Mendes and released on this side of the pond on November 6, 2015.  While Mendes had withdrawn from consideration some months ago, citing his theatre commitments, and fanboy excitement had been stirred to exploding by the revelation that producers Michael G. Wilson and Barbara Broccoli had met with Christopher Nolan, in the end it seems that after Skyfall blew apart box office records across the planet, no one was willing to let Mendes go – even if that meant delaying production to wait for him to finish up his work on the London stage.  So yeah, it blows that we have to twiddle our thumbs two and a half more years, but I’m happy to wait for a production that equals or even betters the last one rather than have a rushed, half-assed job by some other hack-for-hire.  Sam Mendes will become the first director to make back-to-back 007 movies since John Glen in the 80’s.  And of course Daniel Craig will be back, along with Ralph Fiennes as M, Naomie Harris as Moneypenny and Ben Whishaw as Q.  John Logan is handling writing duties.

That is all we know at this moment and all we are likely to know for quite some time.  However, that won’t stop the entertainment press, per their S.O.P., to print thousands of words of misinformation and other misleading nonsense in the hopes of drumming up clicks and ad revenue tied to the golden touch of 007.  Whenever a new Bond movie goes into production the same rumors spring up like the annual dandelions in your otherwise impeccably manicured front lawn.  They get the same circulation and eventually someone from Eon (Bond’s production company) is forced to issue a denial.  In the interest of expediency, I thought I would save the press some time and write the story for them here, based on the fifteen hundred other versions of it we’ve seen ever since the first Bond-related article sprang up in cyberspace many moons ago.  They can then plug in the name of the requisite D-list starlet whose overzealous publicist is trying to boost her profile by linking her falsely to a Bond role.  Anyone who follows Bond gossip will find it all too terribly familiar.  Please to enjoy:

(GENERIC ACTRESS) Set to Star in Next Bond Film

HOLLYWOOD – (Generic Actress) is being wooed to match wits with the cinema’s most dashing secret agent, James Bond, in his next adventure, (Misguided Entertainment Publication) has learned.

(Generic Actress), who has appeared in (Swiftly Canceled CW Teen Fantasy Series) and (SyFy Channel Original Movie Featuring Sharks and Tornadoes), is the number one choice of Bond producers Michael G. Wilson and Barbara Broccoli, who are said to be “desperate” to ink the rising star for the upcoming production, tentatively titled Bond 24.  “(Generic Actress) is perfect for the role of 007’s leading lady because she’s beautiful and alluring, with that slightly dangerous edge that marks the greatest of the Bond girls,” says a source inside Eon Productions, who asked not to be revealed for this story.  “We’re excited that (Generic Actress) will be a part of this film and are certain she’ll make a memorable addition to the James Bond legacy.”

Next up for (Generic Actress) is a formal screen test with Bond star Daniel Craig to take place at Bond’s home base, Pinewood Studios in London, and a meeting with director Sam Mendes.  Also rumored to be joining the cast is (usually Kevin Spacey) as the villain, and (Completely Unknown Bollywood Actor) as a henchman.  (Forgotten X Factor Winner) will be performing the theme song.  Bond 24 is set to be released in cinemas in November of 2015.

Use it wisely, my friends.  Royalties are not required, but would be nice.  Just leave me your bank account number and password in the comments.